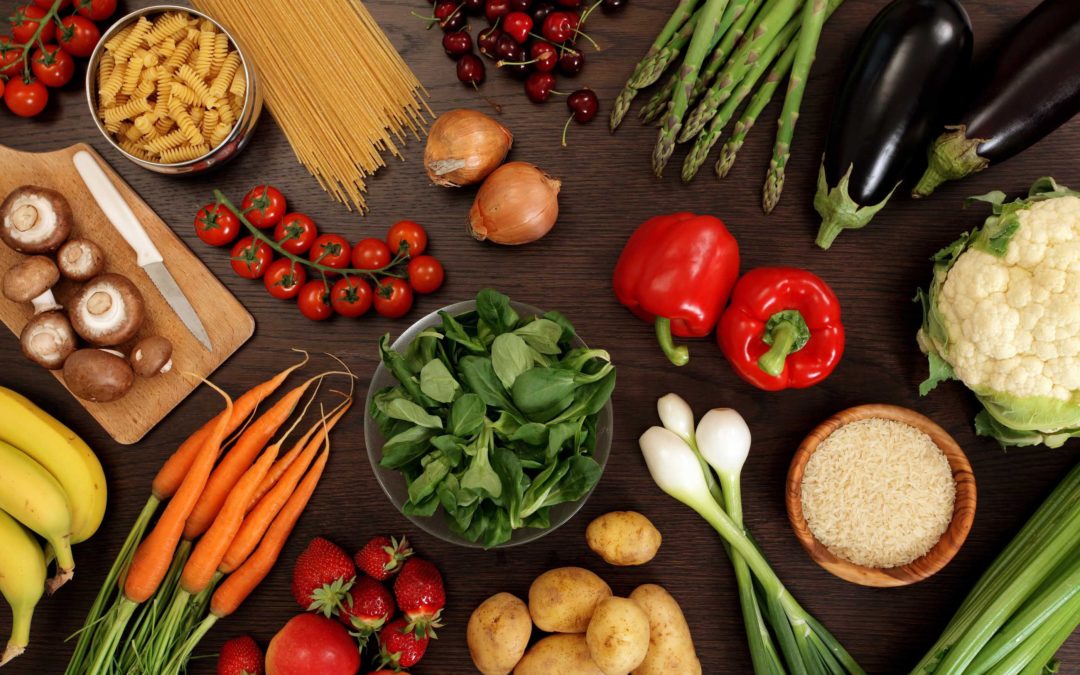 Regardless of diet, organic foods are a smart priority. Opting for organic foods is an effectual choice for personal and planetary health. Buying organically grown food—free of harmful chemicals, bursting with more nutrition, taste, and sustainable sustenance—is a direct vote for immediate health and the hopeful future of generations to come.

Here are the top 10 reasons to choose organic foods today:
1. Avoid chemicals
Eating organically grown foods is the only way to avoid the cocktail of chemical poisons present in commercially grown food. More than 600 active chemicals are registered for agricultural use in America, to the tune of billions of pounds annually. The average application equates to about 16 pounds of chemical pesticides per person every year. Many of these chemicals were approved by the Environmental Protection Agency (EPA) before extensive diet testing.

The National Academy of Sciences reports that 90% of the chemicals applied to foods have not been tested for long-term health effects before being deemed “safe.” Further, the FDA tests only 1% of foods for pesticide residue. The most dangerous and toxic pesticides require special testing methods, which are rarely if ever employed by the FDA.

2. Benefit from more nutrients
Organically grown foods have more nutrients—vitamins, minerals, enzymes, and micronutrients—than commercially grown foods because the soil is managed and nourished with sustainable practices by responsible standards. The Journal of Alternative and Complementary Medicine conducted a review of 41 published studies comparing the nutritional value of organically grown and conventionally grown fruits, vegetables, and grains and concluded that there are significantly more of several nutrients in organic foods crops.

4. Avoid GMO
Genetically engineered (GE) food and genetically modified organisms (GMO) are contaminating our food supply at an alarming rate, with repercussions beyond understanding. GMO foods do not have to be labeled in America and the UK. Because organically grown food cannot be genetically modified in any way, choosing organic is the only way to be sure that foods that have been genetically engineered stay out of your diet. (Here’s what you need to know about GMO foods.)[pagebreak]

5. Avoid hormones, antibiotics and drugs in animal products
Conventional meat and dairy are the highest risk foods for contamination by harmful substances. More than 90% of the pesticides Americans and British consume are found in the fat and tissue of meat and dairy products.

The EPA reports that a majority of pesticide intake comes from meat, poultry, fish, eggs, and dairy products because these foods are all high on the food chain. For instance, a large fish that eats a smaller fish that eats even smaller fish accumulates all of the toxins of the chain, especially in fatty tissue. Cows, chickens, and pigs are fed animal parts, by-products, fish meal, and grains that are heavily and collectively laden with toxins and chemicals. Lower-fat animal products are less dangerous, as toxins and chemicals are accumulated and concentrated in fatty tissue.

Antibiotics, drugs, and growth hormones are also directly passed into meat and dairy products. Tens of millions of pounds of antibiotics are used in animal feed every year. The union of concerned scientists estimates that roughly 70% of antibiotics produced in the United States are fed to animals for nontherapeutic purposes.

US/UK farmers have been giving sex hormones and growth hormones to cattle to artificially increase the amount of meat and milk the cattle produce without requiring extra feed. The hormones fed to cows cannot be broken down, even at high temperatures. Therefore they remain in complete form and pass directly into the consumer’s diet when meat is eaten.

Hormone supplementation is the biggest concern with beef, dairy products, and farmed fish. In the United States, the jury is still out. However, Europe’s scientific community agrees that there is no acceptably safe level for daily intake of any of the hormones currently used in the United States and has subsequently banned all growth hormones.

The major concerns for US consumers include the early onset of puberty, growth of tumors, heightened cancer risks, and genetic problems. Growth hormones in milk (rBGH or rBST) are genetically modified and have been directly linked to cancer, especially in women.

Many scientists and experts warn that rampant use of antibiotics in animal feed, like penicillin and tetracycline, will breed an epidemic that medicine has no defense against. Karim Ahmed, PhD, a senior scientist at the Natural Resources Defense Council (NRDC) states that it “is perhaps one of the most serious public health problems the country faces. We’re talking about rendering many of the most important antibiotics ineffective.”

6. Preserve our ecosystems
Organic farming supports eco-sustenance, or farming in harmony with nature.

Preservation of soil and crop rotation keep farmland healthy, and chemical abstinence preserves the ecosystem. Wildlife, insects, frogs, birds, and soil organisms are able to play their roles in the tapestry of ecology, and we are able to play ours, without interference or compromise.

7. Reduce pollution and protect water and soil
Agricultural chemicals, pesticides, and fertilizers are contaminating our environment, poisoning our precious water supplies, and destroying the value of fertile farmland. Certified organic standards do not permit the use of toxic chemicals in farming and require responsible management of healthy soil and biodiversity.

According to Cornell entomologist David Pimentel, it is estimated that only 0.1% of applied pesticides reach the target pests. The bulk of pesticides (99.%) is left to impact the environment.

8. Preserve agricultural diversity
The rampant loss of species occurring today is a major environmental concern. It is estimated that 75% of the genetic diversity of agricultural crops has been lost in the last century. Leaning heavily on one or two varieties of a given food is a formula for devastation. For instance, consider that only a handful of varieties of potatoes dominate the current marketplace, whereas thousands of varieties were once available.

Crop rotation is a simple and effective technique used in organic agriculture to reduce the need for pesticides and improve soil fertility.

9. Support farming directly
Buying organic food is an investment in a cost-effective future.Every year, American tax dollars subsidize billions of dollars for a farm bill that heavily favors commercial agribusiness. Peeling back another layer of the modern farming onion reveals a price tag that cannot be accurately measured but certainly includes other detrimental associated costs such as health problems, environmental damage, and the loss and extinction of wildlife and ecology.

10. Keep our children and future safe
Putting our money where our mouths are is a powerful position to take in the $1 trillion food industry market in America. Spending dollars in the organic sector is a direct vote for a sustainable future for the many generations to come.

We use cookies to ensure that we give you the best experience on our website. If you continue to use this site we will assume that you are happy with it.Ok